Capital may be flowing freely for tech startups today, but it takes more than creative vision and willing investors to build a highly performing company in the long run. Startup leaders must build solid organizational strategies and structures to deliver on promises to investors.

There's never been a better time to be a tech startup looking to raise capital. So enamoured are angel investors and venture capitalists with the promise of new technology that perhaps for the first time in the last couple of decades startups with promising ideas need not fear a dearth of capital.

With exciting ideas bleeding into the playing field from the fields of fintech, AI, big data, IoT and renewable energy, investors have been queuing up to get involved in the hopes of finding the next big success.

Sometimes, this is taken to extremes consider the case of little-known New-York based beverage maker Long Island Iced Tea Corp (LTEA) that decided to change its name to Long Blockchain Corp, and saw its shares jump 200% as a result.

KPMG figures showed that Q4 2017 demonstrated the third strongest quarter of venture capital investment of the decade with artificial intelligence and machine learning alone attracting USD 4.1 billion in investment in Q4 compared to USD 3.1 billion in Q3 of the year.[1]

However, this positive stage of affairs has thrown up its own challenges. In particular, emphasis has moved down the roadmap from conceptualization to actual delivery and this is where some of the worlds most exciting brands are coming up wanting.

Promises but not results

There used to be a strong correlation between raising capital and delivering a successful, viable and marketable business. This linkage has now loosened, with firms very successful in getting investors involved often struggling to deliver on promises.

Tech and business news provide case study after case study where success in capital raising has not necessarily delivered market results. There's the high profile case of Elizabeth Holmes who raised hundreds of millions of dollars from investors on the promise that her medical testing startup Theranos Inc. would change medicine with a single drop of blood. The promise was there. The execution just wasn't. No one raised alarm bells internally or repurposed the companys mission towards delivery. This poster child of innovation then saw her companys value drop from USD 9 billion to a mere USD 800 million by the end of 2016. One cant but help think that this company, at the peak of its prowess in 2014, could have done with outside help to build a blueprint from idea to delivery.

Or consider the case of Tesla the iconic brand that has captured both investor imaginations and public eyeballs. Elon Musks ability to raise cash for his brand is rivalled only by Teslas ability to burn through it. A recent Bloomberg analysis shows that the company ploughs through over USD 7,430 every single minute[2] and remains very far from turning profit. Earlier this year, reports of Elon Musk sleeping on the floor of his Tesla 3 production plant delivered some insight into challenges the brand faces in ramping up production to the point of viability. For all the excitement the brand generates, Tesla is struggling with the mundane matter of building enough cars to a high enough quality to meet demand.

And yet, this is Business 101- assembly lines for automobiles were first introduced by Henry Ford in 1913, over 100 years ago. Since then, a host of seminal theorists, including Frederick Taylor and his stopwatch have introduced time-keeping, job division and simplification. In the 1970s, Japans business theorists introduced JIT to keep Toyota and Honda ahead of the pack. 45 years later, one of the brightest minds in the world is sleeping on the shop floor. Why? Simple answer: tremendous vision but a lack of organizational optimization.

And there's the Uber horror story, where founder and ex-CEO Kalanick was forced out under a cloud. First, a female engineer brought to light the sheer misogyny, discrimination and bro culture permeating the organization. Then, Kalanick himself was caught yelling at an Uber driver, berating him for not taking responsibility for his own life. And finally, there were bombshell allegations of hacking, trade secret theft, and illegal surveillance. All this, while Ubers rapid expansion was burning cash at a truly incredible rate, with the firm ending 2017 with estimated losses of USD 4.5 billion. Again, might one point out that human resources theory is nothing new. Uber ignored it at its own peril, and alienated its drivers, female staff members and a host of other people besides.

There is a common thread to all these Icarus stories where high-flying firms are juddering under the strain of unsustainable growth and high expectation. Its that startup brilliance needs the right organizational strategies for sustainable success, and that tech firms need help building an organizational structure, culture and product offering that will enable long-term success.

An innovative idea isn't the end-all of success. Its only the very first step, and one that needs to be quickly followed by strategizing, planning and reviewing. Success requires the right structures, systems and processes to be put in place, with teams of people trained to work towards common goals.

The challenge here is that entrepreneurs often lack the knowledge of how to build an organization while also focusing on developing and iterating their big idea. Business literature is quite firm in its opinion that founders and entrepreneurs don't always make the best CEOs, and need to get other people involved to grow their firms to the point of sustainability. From Kalanick to Musk, the current crop of tech wizards seem to bear out this hypothesis. The vision is there but the ability to grow a business sustainably is perhaps not.

This is not to take away from these visionaries. They are needed more than ever before given the scale of challenges humanity faces and the scope of promise that technology unlocks.

But these visionaries still need a firm foundation for their ideas, with solid strategies, organizational and operational structures, and systems to manage and grow their people. That in turn means that experts who understand delivery and sustainable growth cant be substituted for by incandescent luminaries. If anything, people who know how to engineer and design firms for successful execution are needed more than ever before.

Find out how we help tech startups or read about our blockchain advisory services.

Talk to consultant to discuss the strategies and structures needed for your startup business. 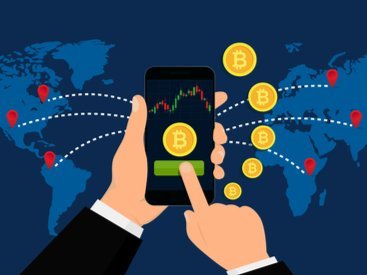 Bringing Blockchain into your Business is not a Technology Upgrade